Stories matter. They spark the imagination, influence perceptions and inspire stakeholders to believe in an organization’s values and brands. How can leaders leverage the power of storytelling to communicate their messages in memorable, actionable ways? Master storyteller, former Pixar animator and recent winner of the Brand Personality Award in Animation from The Asia Pacific Brands Foundation, Andrew Gordon teaches business audiences how to awaken their storytelling superpowers and use them to unleash larger-than-life innovation.

For more than 20 years, Gordon led Pixar’s animation team to create wildly imaginative films, including “A Bug’s Life,” “Finding Nemo,” “The Incredibles” and many more family favorites. Through the lens of Pixar’s filmmaking process, Gordon demonstrates how emotional and potent storytelling isn’t just good for movies; it’s great for business too. In his talks and highly interactive workshops, he provides practical, yet fun, tools and processes that build storytelling skills, encourage feedback and collaboration, and teach the value of learning from failure.

Andrew Gordon has been teaching others the art of creativity for decades. He has worked internationally with companies like Salesforce, Cisco, Pinterest, Deloitte and IDEO to help leaders implement new processes and approaches that disrupt the norm and cultivate creative, innovative cultures. He also helps organizations tell their unique stories in new and more compelling ways, helping them more effectively reach, engage and motivate their audiences toward action.

From 2004-2017, Gordon worked as Pixar’s animating director and director of promotions. In addition to his animation work, he is passionate about educating the next generation of animators. Gordon has taught animation and storytelling classes since 2000, and has helped lead the Pixar Animation Internship program four times. He also co-founded The Animation Collaborative and the animation programs at California College of the Arts and The One Academy of Communication Design.

Gordon began tinkering with animation in his early teens. He studied at art schools in Vancouver, New York, California and New Jersey. Prior to joining Pixar, he was an animator in the Looney Tunes division of Warner Bros. and lectured on art at a variety of schools. The Visual Effects Society presented Gordon the Outstanding Character Animation in an Animated Motion Picture award for his work on “Finding Nemo.”

Populära rubriker: The Anatomy of a Great Story | How to Crank Up Creativity – Even for Non-Creatives | Feedback, Iteration and Learning From Failure 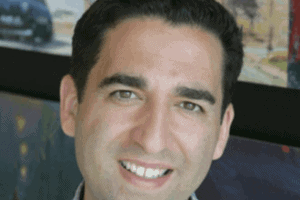